In the world of cycling photography, Michael Blann is a renowned artist, though not for his portraits, close-ups, or action shots, but for his full-detail photographs of the amazing landscapes and places in which the Grand Tours take place. He likes to take a step back from all the chaos of the riders, spectators, traffic, and media, to envision a larger scene. A scenery in which all of this turbulent mess is not the center of attention but a mere part of all the surrounding area, the mountains. Some days ago we had the chance to chat with him, about his life, his work and projects, and his passions. 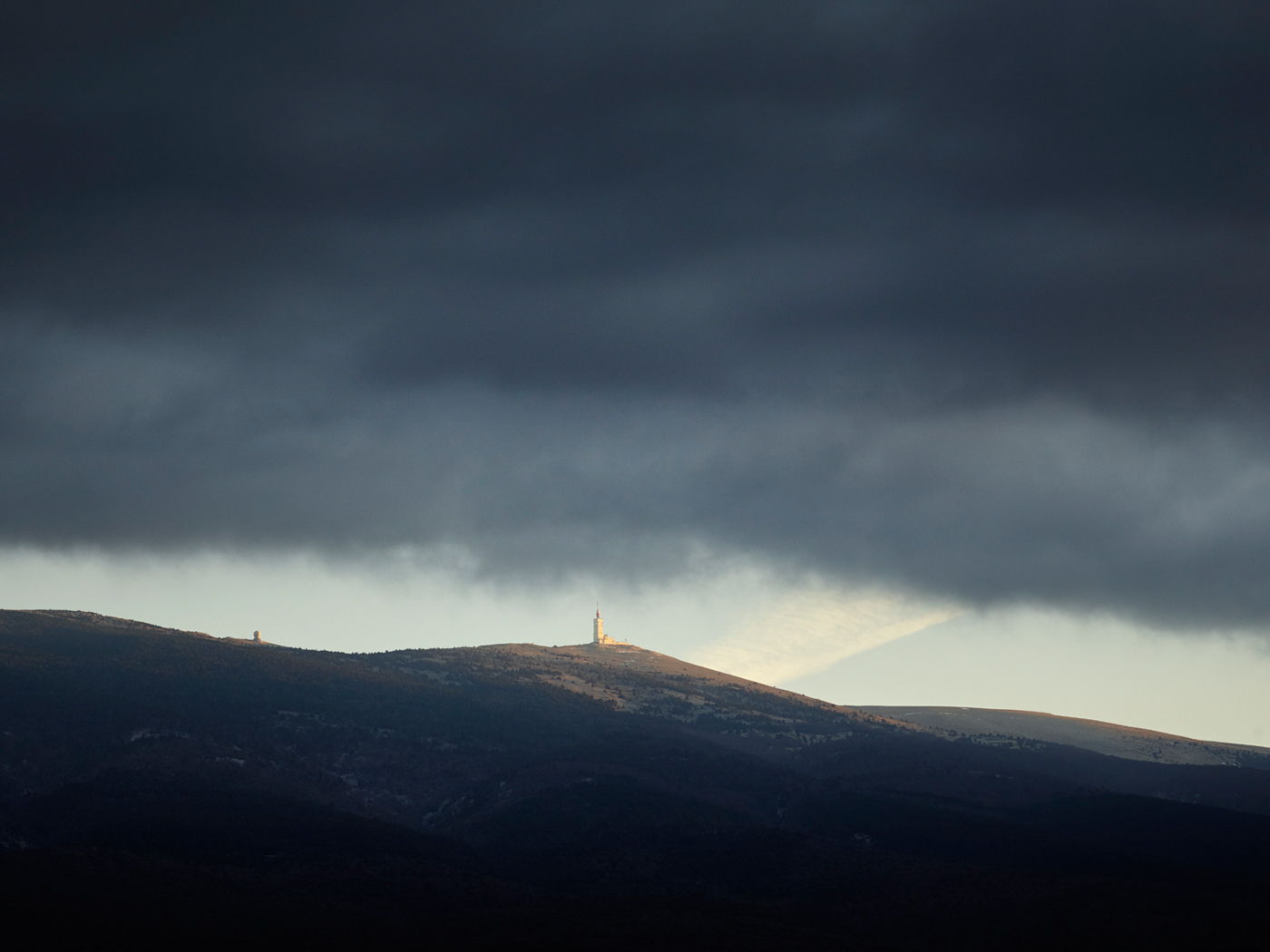 Michael Blann is a London-based photographer. He grew up on the south coast of England and got into cycling in his early teens. As he progressed in the sport he moved to Australia to race for a professional team, but after one year he realized that he would not succeed. As he came back to the UK, he got a university degree in illustration, with a special interest in printmaking and photography. Even though he loved taking old photographs from junk-shops and turning them into artistic larger prints, he decided to get a job in an advertisement agency. He was the studio manager but, for the smaller campaigns, he started taking photographs himself. In this process, he built his portfolio, which helped him establish as a freelancer to later get a job in Getty Images. After 6 years there gaining a lot of experience and climbing up the ladder, he became a professional photographer.

In his case, cycling came before photography, but he was not able to find a connection after becoming a freelancer. His first cycling-related job consisted of a photoshoot of Sir Bradley Wiggins when he switched to the Sky team. Around that time there was an increase in the expectation for cycling in the UK and more money was directed to advertising. Thus, the scope of his work, despite being broad, had a rise in cycling campaigns, which was also promoted by the release of his book. Nowadays, at least half of his projects are about cycling.

Soon after becoming a freelancer, when doing a campaign in Mallorca he was asked to get some landscape shots, which resulted in a turning point for him. He realized almost all sport cycling photographers are on the back of a motorbike, capturing all the action, but none of them walk away from the road and get a bigger view. That really interested him, so he embarked on a personal project about shooting, mapping, and recording all the famous climbs of the Grand Tours.

When Michael got into cycling (the mid-80s), it was the first time cycling was being broadcasted on TV. In a 30 min highlight show of le Tour de France, he would discover climbs and mountains he had never heard of and did not know where they were. ‘Was Tourmalet close to Aspin?’ As the project developed he started adding pieces of history together and what he remembered from his youth to those epic climbs he was capturing.

The mountain is famous for its history, but the mountain gives something back, it’s the platform for the race to take place. We call it providence. Alpe-d’Huez would not be famous if it wasn’t for LeMond. You connect these stories back with the landscape. So the Mountains project has been about linking the history to the landscape through a wide view. 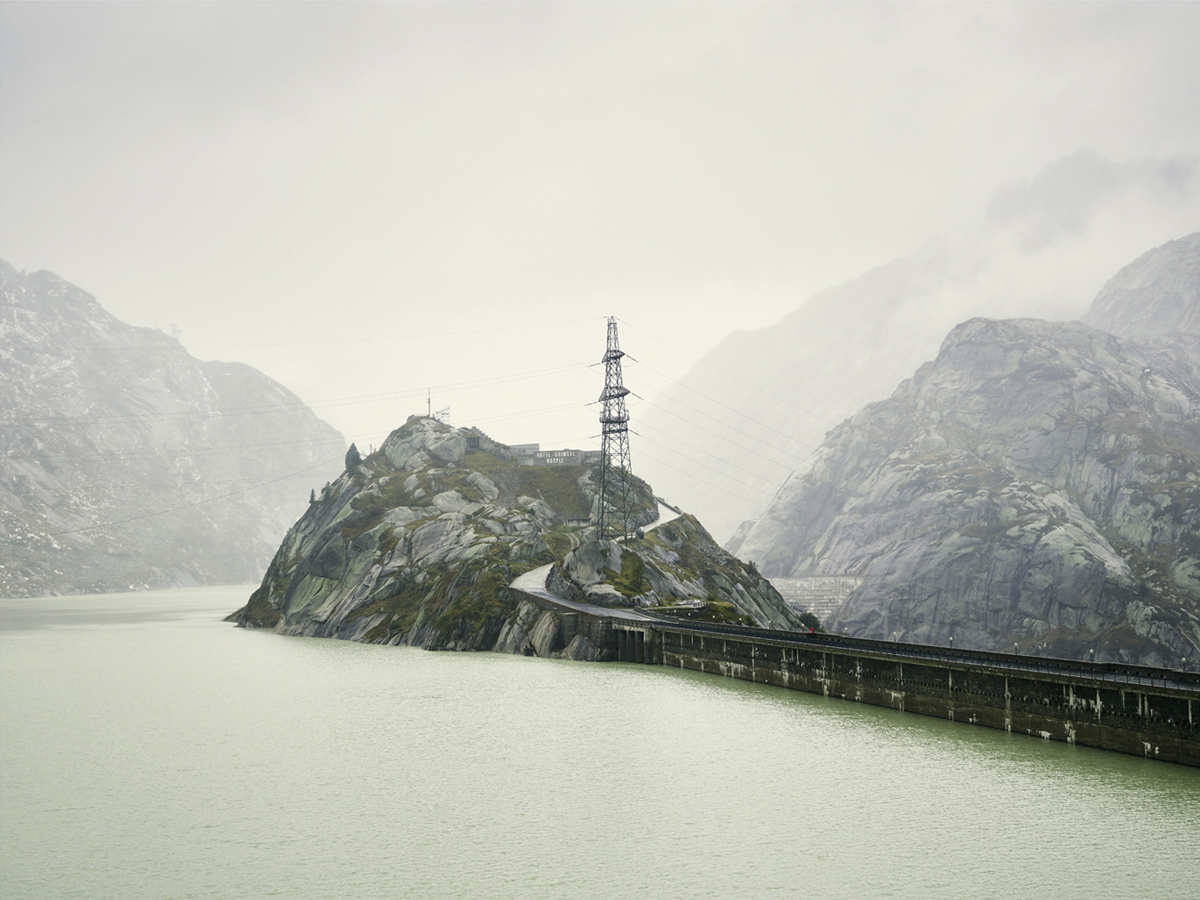 The whole idea was to stand in a position that is pulled back from the action. He was shooting with a medium format camera, so despite the distance, he would still have amazing detail. Then he ended up with highly detailed images of huge spaces with small pockets of action.

You can see the action but all you hear is the sound of the mountain, whether it is a stream or some birds, you don’t hear all the craziness that is going on by the road. So, it is all distant.

The process of taking these captivating shots is relatively simple but magical. He first cycles the climb, as he enjoys it and it is the right pace to see where the light is coming from, where to be to get it right, and at what time. Once he summits, he descends to drive up, park, and walk. With all his gear (tripod, objectives, camera, and laptop) packed in a rucksack, he gets to the perfect spot, where he sets up. If he is covering a race, he might only get the one-shot, but otherwise, he walks quite a lot to get different points of view. In the end, he has also discovered a passion for hiking.

However, in these situations not everything is ideal. He has found himself in stages of le Tour when he gets out from the tent in the middle of the Pyrenees and the weather is just perfect, but sometimes he might not see ten feet away. During these years he has been able to photograph the MontVentoux when Froome fell off, or witness the Marmolada (Dolomites) in winter from a helicopter. But he has also put himself in risky situations while hiking, as when he mentioned that a 500 kg boulder just rolled down as he stepped on it.

The project was not intended to turn out as a book, but as he gathered more and more material a portfolio started building up. After showing it to a couple of people, it was eventually published in London, and it has been a complete success. The work of 3 years, in 2016, was finally published in his book titled ‘Mountains: Epic cycling climbs’. Currently, the second edition is out, which includes extra images, climbs, and interviews.

The book is composed of extraordinary full-page images of the most renowned climbs and passes of the Alps and the Pyrenees, and some extra ones of Spain. The detail in the images is astonishing, almost as if you were witnessing it with your own eyes. Furthermore, it includes anecdotes and comments of famous pro-cycling riders, and a description and profile of the most emblematic climbs. All in all, an essential compilation.

In his beginning, Michael was really interested in printmaking, using old photographic processes such as lithography, silver screen printing, cyanotype blue, or Van Dyke brown. However, he gradually moved to photography. Despite that, photography is strongly united with printing since the purpose of a photograph is not to remain as a digital file but to be printed. Michael is still very passionate about prints and seeing his work printed.

As a society, we are so used to seeing so much stuff digitally that we miss a lot. We flick through things too fast, so having a print is a bit like my photography. You slow the process down and you take some time to examine it.

In his particular case, the amount of detail of his photographs cannot be really appreciated on a cell-phone or normal screens. When printed, the frames can be up to 1.5 m wide, which allows you to submerge into the moment of the picture and notice small details that you would have never spotted otherwise.

In a shot about le Col d’Aubisque, it wasn’t until I printed it I hadn’t realized there was a small man on the hill on the right-hand side. It’s really nice to see that.

Another important aspect is to get the screen properly set up with the printer. As he has managed to find a good printer in London for doing all his printing and editions, subtle changes in color help him create a mood once you look at the image, a certainly different relationship to it. Even though he might just take one photograph a day, the quality of these images deserves all the time and effort put on them, best appreciated in prints.

Coming from the advertisement industry, compared to other cycling photographers, who are specialized in sports photography, he is an expert in indoor photoshoots and understands light and illumination. Thanks to that, he has worked in product campaigns for Shimano or Zwift. About the latter, we have seen his images around during the last few months, in a project with huge production and in which he worked with renowned cyclists and an incredible unfolding of light and engineering behind.

In the future, he plans on publishing an exclusive luxury edition of the book with a fixed number of copies. He also has in mind doing a world version, capturing the essence of the most astonishing climbs and mountains of the globe. But in the meantime, he expects to hop into a helicopter for this year’s La Vuelta, which should result in stunning imagery since the time of the year will be perfect. 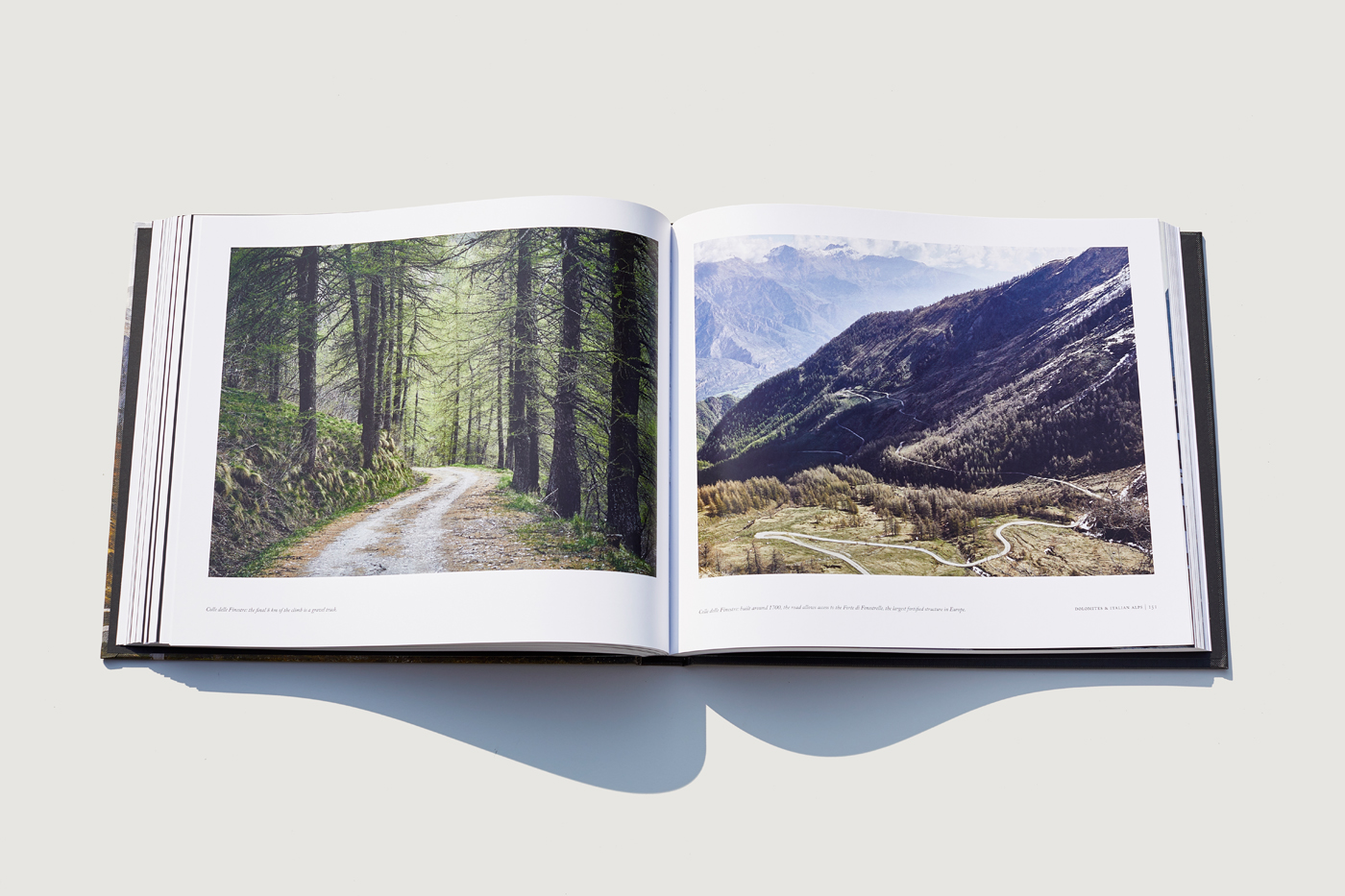 We have had the chance to see Michael’s book in the first person and, whether you are a lover of cycling or not, it is totally worth it. In the following link, you will be able to get a copy.

In a season in which it has not been possible…