Like a true warrior that doesn’t give up, fixed gear racing has recently faced some serious circumstances that put its continuity at risk, but nonetheless has been able to overcome them. All the people that, one way or another, have experienced what this cycling discipline is like, will be now delighted to know that the racing is back and they will soon be able to show their skills again.

A few days ago, the NL Crit Series of the Netherlands announced that the team is going to organize in September the first couple of fixed gear events after the lockdown. There is a lot of uncertainty and it is difficult to have a clear plan, but what is sure is that the aim is to provide riders with a chance to race their bikes again after this period with no events. Whether it will be possible to maintain all their previous sponsors or not will have to be seen due to the hard time some of them are having, but what is really important is that fixed-gear riders can see the light at the end of the tunnel. 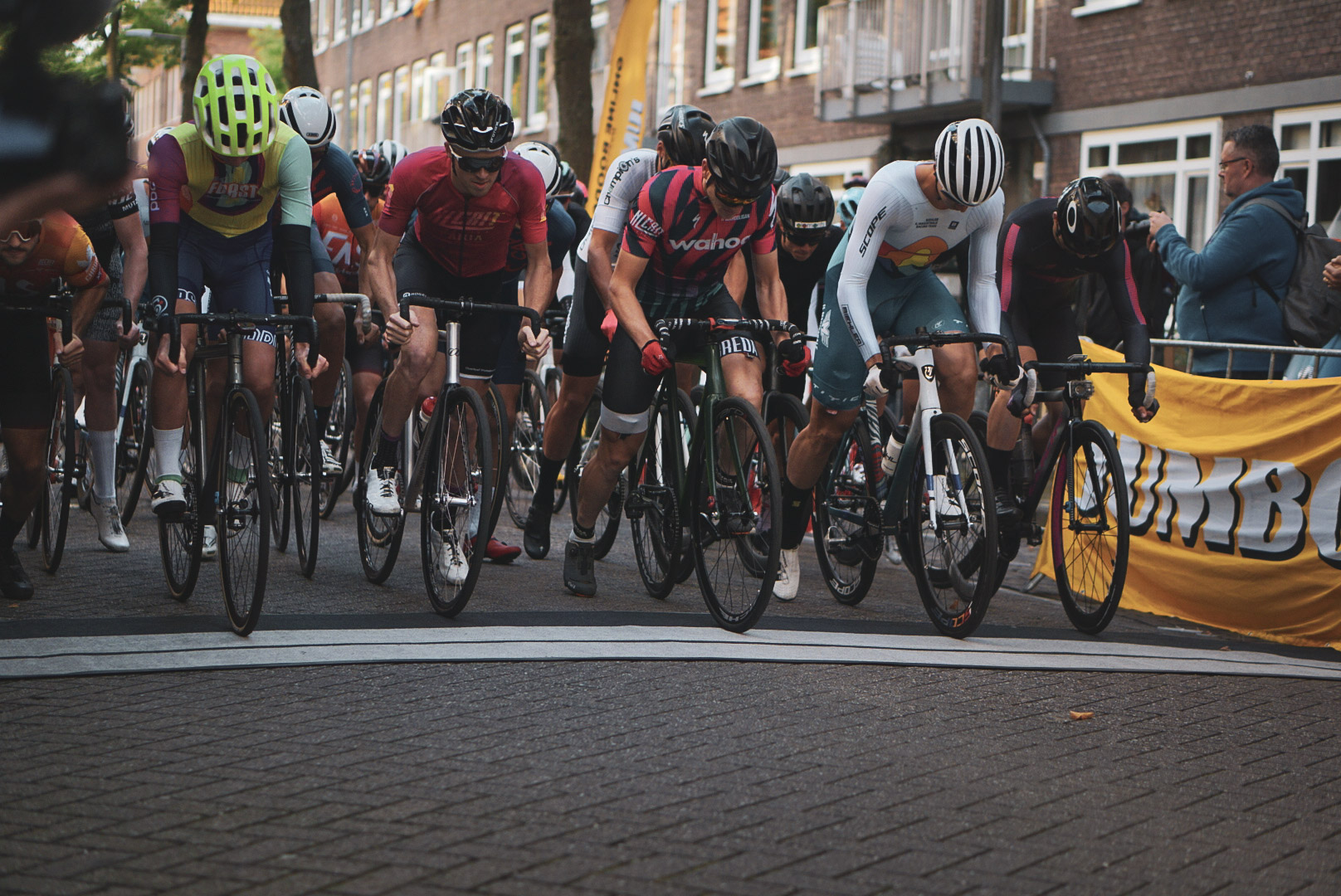 Like many other races, the NL Crit Series started to take place because of Red Hook Crit. The hiatus announced by David Trimble supposed a big blow for the fans, and although we still don’t know if it was a temporary or permanent decision, there have already been tangible consequences.

Jan-Willem Blok from NL Crit Series says that there were some mixed feelings within the team when they heard the news, probably because the main events of the calendar disappeared and part of the burden is now on them. However, fast forward one year and the racing is alive, with the number of participants remaining stable and still a big offer of races around the world, including Asia and South America. The startlists of these races have always been full of international riders, and this global community is one of the essentials that has maintained this cycling discipline afloat.

Cycling in the Netherlands

After several restrictions, the racing in the Netherlands was first authorized from September 1st onwards, but a few weeks ago, an updated regulation allowed races to take place already on July 1st. The provisional dates for the upcoming NL Crit Series races are September 6th in Zwanenburg and September 27th in Haarlem, but the possibility of adding one or two extra races in the calendar earlier than that is being discussed.

Unlike other countries, cycling in the Netherlands has priority over other sports to boost the economy after a period with decreased economical activity. In comparison, in the United States, millions of dollars are being spent to procure that the NBA season can be resumed, while the national cycling championships and multiple well-known races have been canceled.

Dutch people ride their bikes during their everyday lives, and cycling is inherent in the culture of the region. Public authorities are used to receiving requests from race organizers, and knowing what cycling promotes in the town where the events are held, there are not many impediments that prevent the racing from happening. One can say that the NL Crit Series is lucky on that side, because these legal barriers are one of the main reasons why events like Red Hook Crit had to stop running in other countries.

Since their beginnings in 2015 as a set of races under the same organization, the NL Crit Series has offered two types of events: big races in city centers with massive crowds, and smaller races in already built cycling courses and parks. The first type has been gaining relevance in recent years, with the ability to set up events on the same day as some competitions ridden by road professionals like the post-Tour criterium Draai van de Kaai in Roosendaal or the Hammer Series in Sittard, and the increased audience it implies. Before the creation of the organization, there were already single fixed-gear races around the country, but there was no relation between them.

The races that take place in major cities like Amsterdam or Rotterdam create the biggest excitement, but this year it is impossible to do them with guarantees so for now, the smaller races will be the main focus of attention. In the end, after seeing what can suddenly happen from one day to another, we no longer take anything for granted and we will appreciate whatever kind of race or meeting that we are allowed to attend.

There is still no fixed number of races that will be held before the end of the year, so in this 2020 there will be no general classification, with every event counting as a single race. The current situation implies flexible planning, rejecting strict schedules because they have proved to not be suitable nowadays.

“We had two possibilities: skip the whole season or organize as many small races as possible, and we decided to do this to offer riders the possibility of getting together, racing again a bit and drink a beer afterward”. – Jan-Willem Blok

As regards the format of the races, it will remain the same as the last part of 2019. There will be a women’s race at every event, with the men having a qualifying race and then a Men A or Men B final. Until 2018, male riders were directly selected to ride one of the two finals. At the beginning of last year, that changed and there was a qualifying race and a unique final. They soon realized that some riders were discouraged because of not making it to the final, so they finally decided to set up another race for the ones that didn’t make it in the front of the qualification race. There will be also clinics for children 10 to 15 years old, in which they will learn tips and tricks from fixed-gear and general cycling skills. 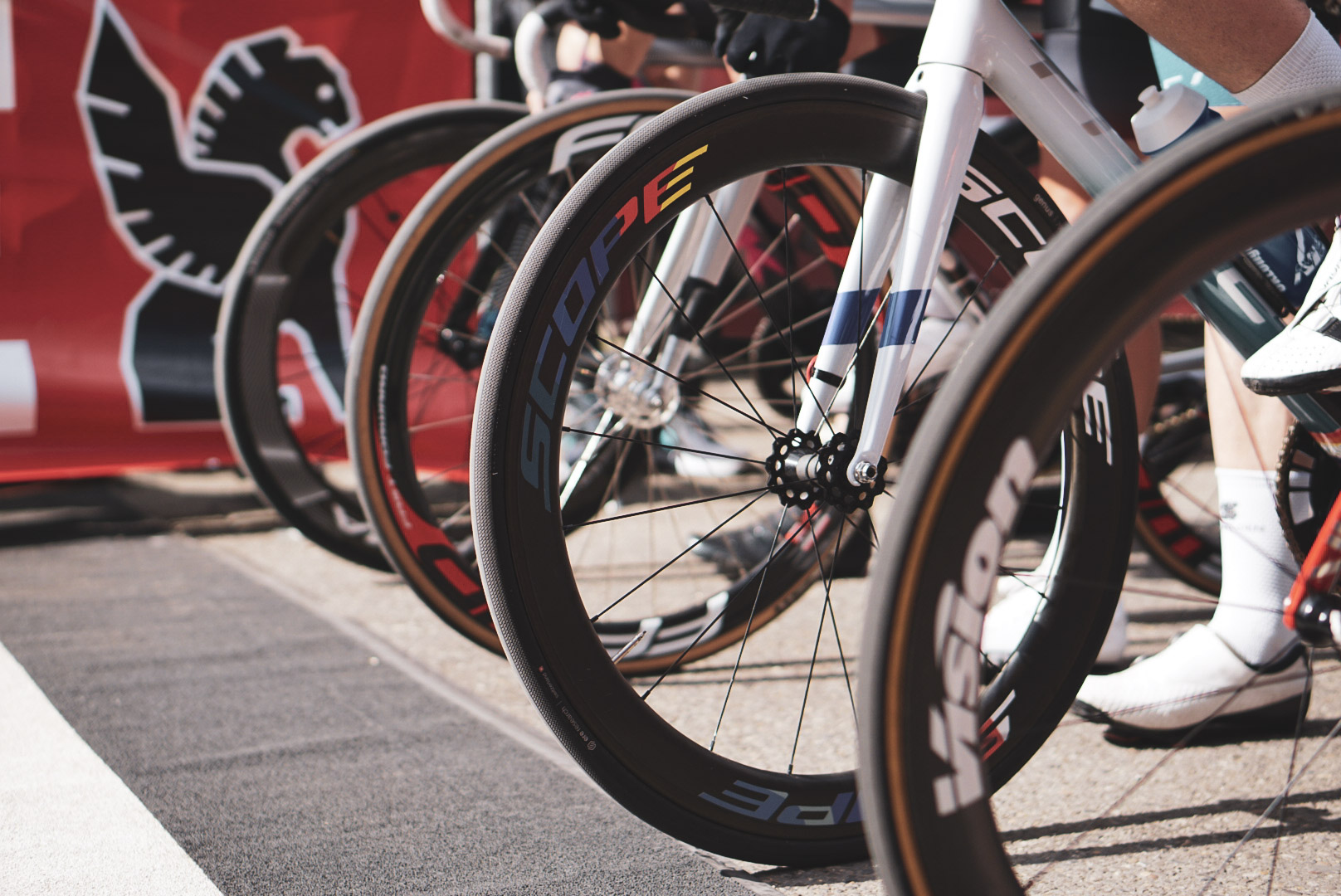 The six members who are part of the permanent team in charge of organizing the different events of the NL Crit series will be once again supported by the people that join on race day as volunteers and welcome riders at the registration desk, check their bikes or serve as course marshalls.

To adapt to the COVID-19 distancing regulations, there will be some changes in the registration and bike check, with the aim of keeping the distance when needed. Spectators may still be allowed to go to the races, but there will be a preregistration so that the organizers have the personal information of all people attending, riders and spectators, in case there is an infection and it is needed to contact everyone who was there the same day.

Now that fixed-gear riders are no longer seen as bizarre people racing with no brakes, new teams are stepping into this discipline. With the professionalism of the sport and the exposure that pro road or track riders bring when joining the races, we are confident that fixed-gear racing will still be around us for many years to come.