I first met Jimbo at a summer bikepacking event around the wine-culture Spanish region of La Rioja in 2020, and from the first moment, I was drawn by his charm. As we talked I felt a rush of positive vibes and his enthusiastic character. At that time he was riding a purple steel frame with goofy aero bars, which he had built himself. Despite not knowing it yet, that would be the first of many. 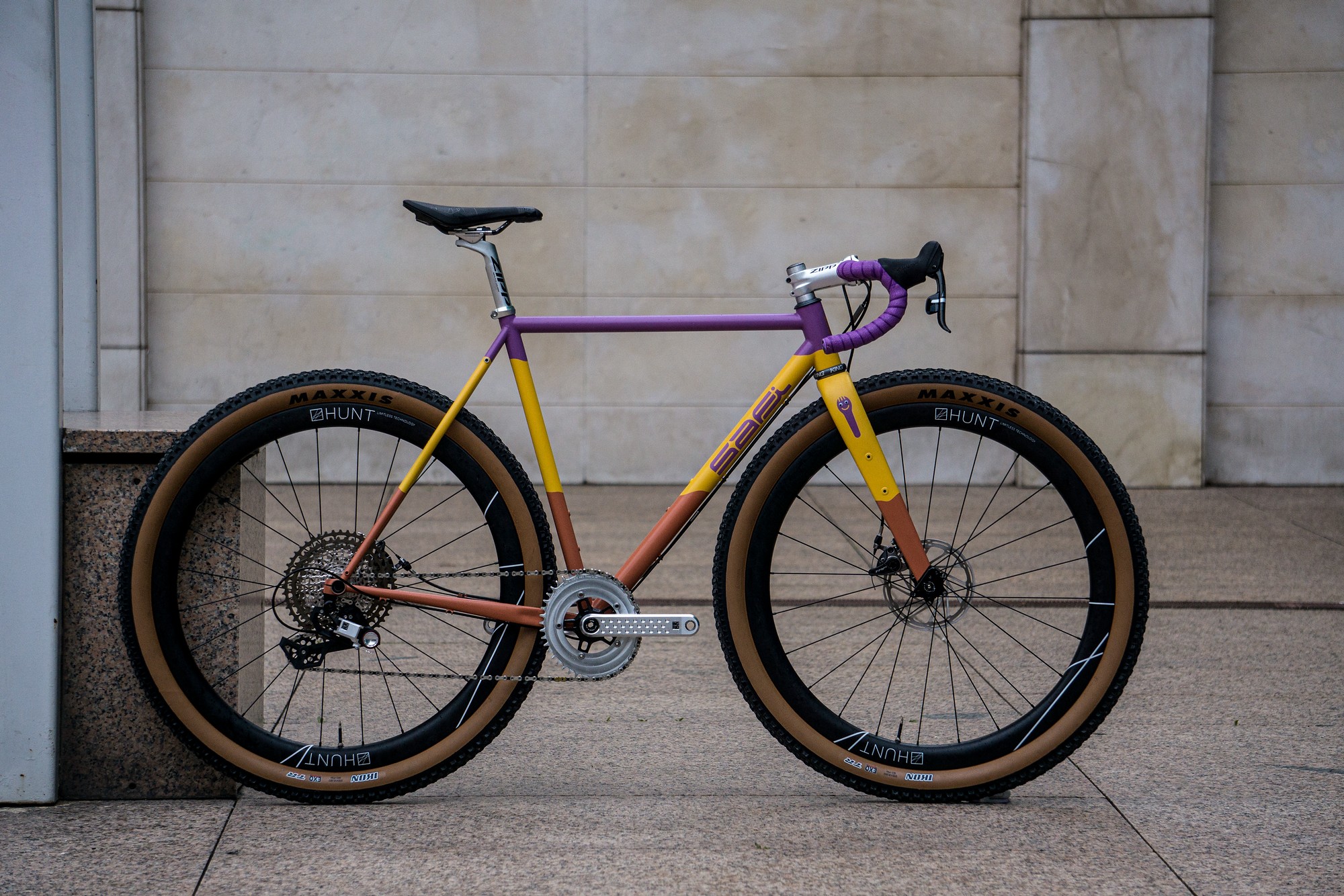 One year later, and after months of preparation and anticipation, he launched Safi Works, the framebuilding brand he had been working on with the purpose to make steel frames ‘more democratic’. In all his pieces so far we have seen how he gives it all and is involved in all the details of the process, from geometry and measurements, to welding, painting, component selection, and assembling. He is passionate, genuine, and thinks out of the box, with his work being a reflection of this.

The history behind Safi Works

The trajectory to find your true passion is not always straightforward and the paths to take are infinite. Jimbo grew up in a family surrounded by motorsports fans. So, when he moved to Madrid to start university he had no doubts and enrolled in the double major of Automotive and Industrial Engineering. After two years, he had the chance to do an internship in car manufacturing in Modena (Italy) where, surprisingly, he met Marco, the cargobike framebuilder from Recycle. By looking at how he worked and learning from him, his life project changed upside down and a new adventure started.

Once back in Madrid he dropped the Automotive major to solely focus on Industrial design and carry out bike-related projects. At the same time, he joined the ETB (Bicycle Technical School) where he would start learning all the secrets for building bike frames from scratch from none other than the master Andrés Arregui. During this time he enrolled in the academy as an apprentice, learning about materials, techniques, design, and manufacturing, but at the same time, he gained communication and marketing skills. As he progressed, Andrés saw the potential in him and gave Jimbo more responsibilities like building whole frames or starting to teach the other students. 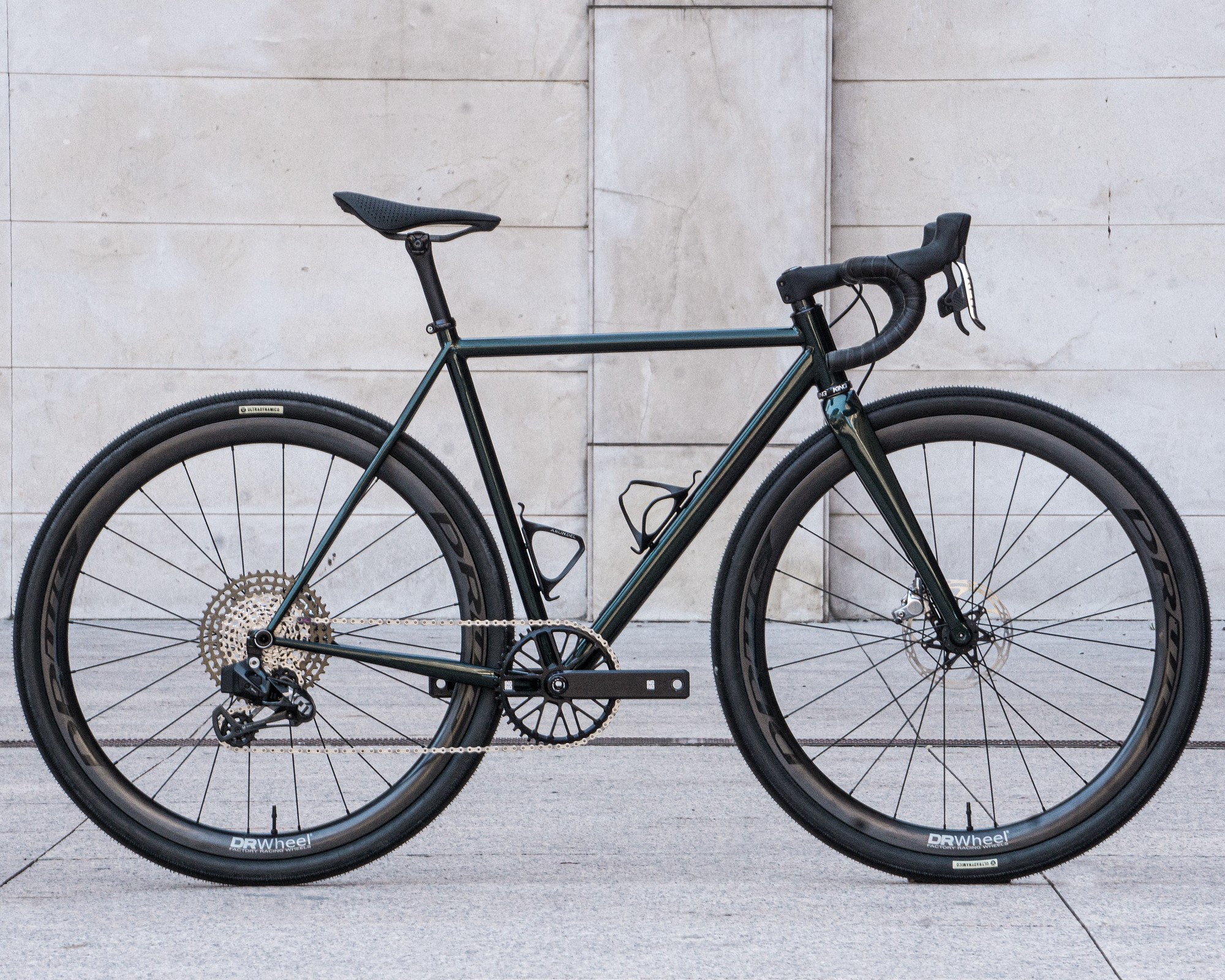 It is after a cargobike trip to Slovakia that he really challenged and questioned himself on what should be next. So, even if he was working in a project with Lamborgini Bikes at that time, after finishing his university studies and already feeling comfortable with his work, he decided to launch his own brand Safi Works. The name Jimbo chose comes from a trip he went on to Tanzania, where you can hear the expression ‘safi sana’ everywhere (meaning ‘very good’ in Swahili), a reflection of his optimistic personality. Parallelly, even if he started his brand, he continued working at the ETB but doing his own projects and full builds on the side.

A full hand of projects

From the first moment, the Safi Works project came to light, the flow of orders gradually increased. From minute one Jimbo opens a direct line of communication with his client. He is the only one behind the brand and he takes care of all the process steps. Therefore, he is always there to make the client’s ideal bike, ready to answer questions, assess any problems, and propose suggestions. He listens to the client’s needs but at the same time he puts a little bit of his soul into each project based on his taste and experience.

For him, the first step to designing a bike is choosing its use and what wheel you will be riding, whether it is a 25-mm 700c tire for road racing or a 2-inch 27.5 for mountain cruising. The rest is a progression from that step forward. For him, a bicycle is a dialog with the client, understanding his needs and riding style, advising him, and suggesting something that satisfies both of them.

Unlike most frame builders, aside from welding, he also gun-paints his bikes. As he says, it is not an easy process since, even if the frame behaves perfectly in terms of riding, the paint job is what people see and everyone wants neat, symmetric, and perfect finishing touches. Despite that, he loves colors and design, and taking care of this part of the job adds value to the final build. 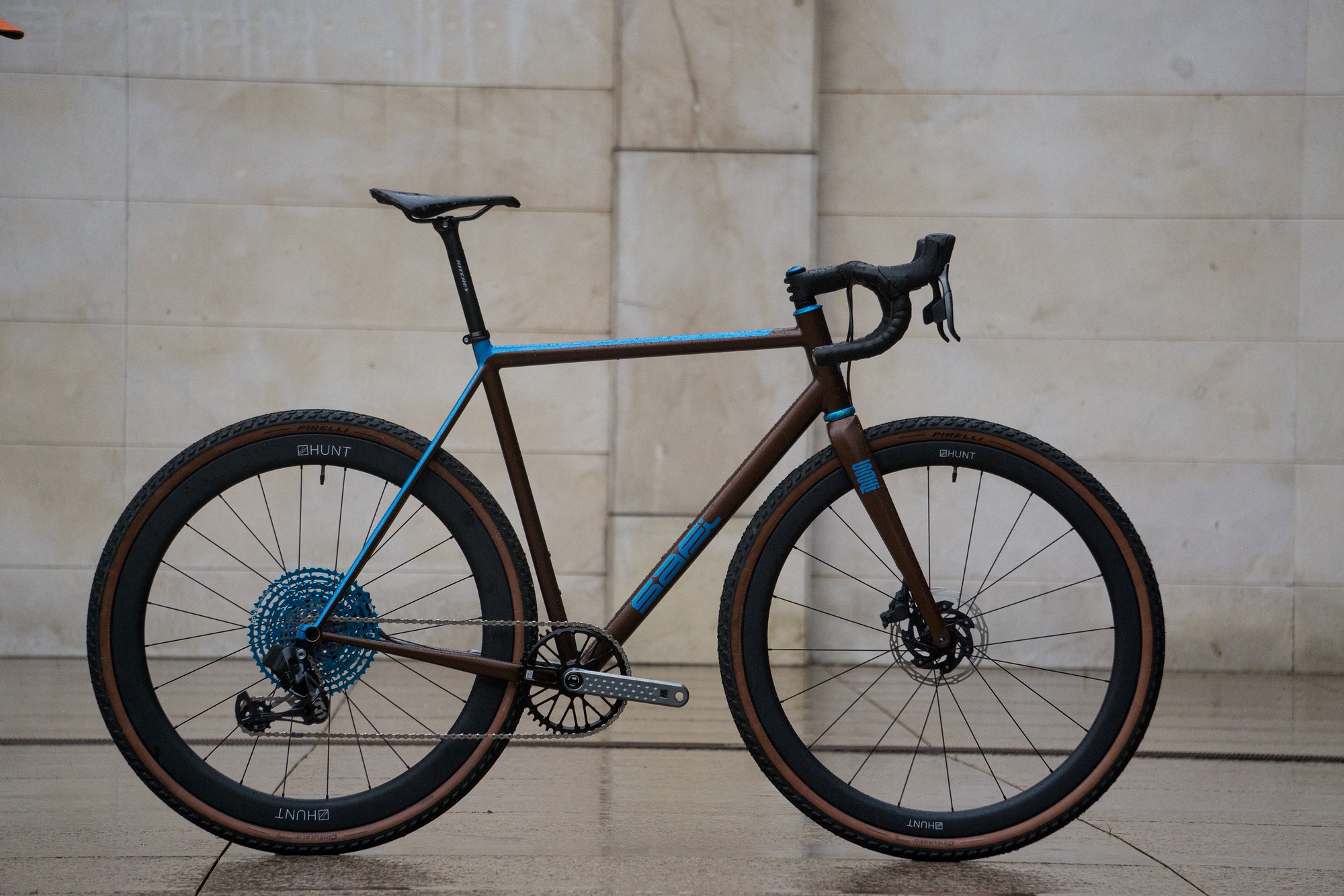 Most of his creations consist of gravel steel bikes, either with 700c or 650b wheels, but all with his characteristic Safi logo from Last Leaders and high-quality components matching the frameset and the whole function of the bike. He also has more different configurations, like flat bars on a wide-tire-gravel bike, or an aggressive city bike for surfing the streets. One of his latest additions to the mix will be a road bike.

With this, his dream would be to make top-end steel frames more accessible to the public and not making them luxury products. He mentions the concept of ‘democratic bikes’ and we can see that on the components the bikes are equipped with, which match the client’s budget and needs. Some of them come with highly machined cranksets and unique parts, whereas others come with more commercial groupsets, but always with the finest headsets and forks to match the quality of the frame.

Life is full of opportunities and challenges

Although Jimbo is in his mid-twenties and Safi Works is a relatively young brand, he is someone with that innate know-how and originality that make him excel from the rest. Framebuilding is a very rewarding process, even more so when it is a personal project, but at the same time it consumes a lot of energy. This is why some days ago he announced he will put the brand on stand-by, as he recently started working for BMC. This represents a great opportunity for him, to learn about other materials, processes, and techniques, and grow as a bicycle engineer in such a renowned company.

He stopped taking orders some months ago, and he finished welding them just before moving to Switzerland. However, Safi has not disappeared yet and, given the success of the project, who knows if eventually in the not-too-far future there will be the possibility of ordering a frame again.

In the past, mostly only pro cyclists could benefit from…

After years of work and a constant process of relentless…