It is summer in Andorra, the perfect time to go outdoors and enjoy what winter and spring have left behind. Everything is green, there are creeks and waterfalls everywhere, and still some snow patches on the highest peaks. The weather is ideal, the sun shines over the grass fields where wild horses and marmots roam freely. 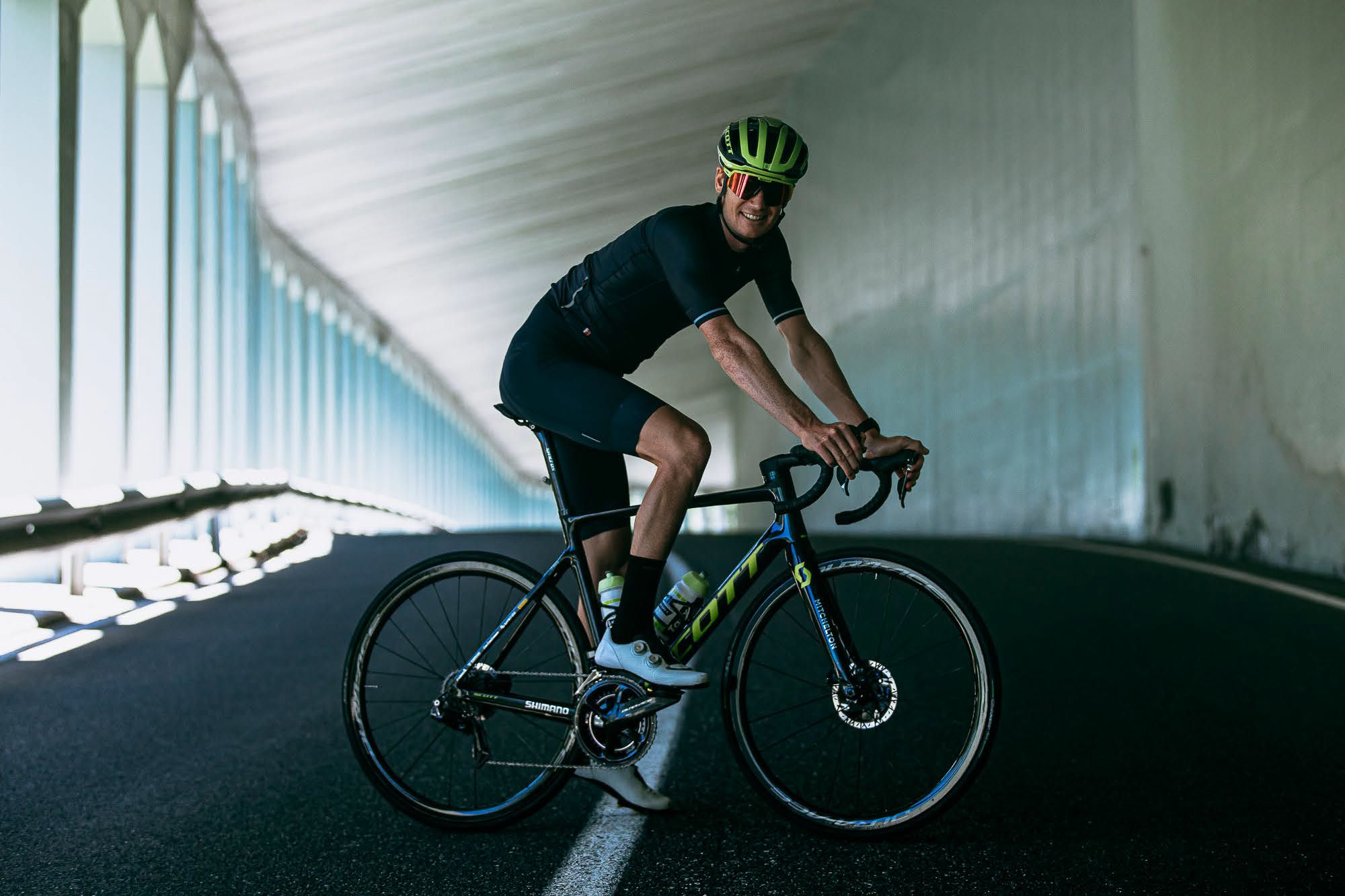 After being locked for a while, it was the right time for the photographer Brazo de Hierro to finally call Jack Haig and set a photoshoot for Giordana Cycling. While taking photos of Jack, as he climbed and descended along the mountains of Andorra, we had the chance to have a friendly chat with him. Jack, currently racing as a professional for the Mitchelton-Scott team, is a very complete cyclist, being climbing his specialty. Among many, his most relevant results are the second place in the general classification of Tour de l’Avenir 2015 when he was still U23, his win in the 6th stage of Tour de Pologne 2017, and his impressive start of the 2020 season with one win and the second place in the general classification of Ruta del Sol. Even though he has a meticulous and determined mentality, during all the time we spent with him he was smiling, telling stories and making jokes, a naturally friendly open personality.

Normally all professional cyclists start riding at an early age, sometimes motivated by someone. What were your beginnings like?

As a kid, I would ride bikes just like anyone with friends. It was when we moved from Queensland to Victoria, in a town near Melbourne, that I started racing MTB, though it was not my main priority since I wanted to become a professional skier or surfer. I would ski for one half of the year and surf the other, racing bikes in between.

When did cycling become your main focus?

As a junior, I was selected to attend a MTB training camp in New Zealand, filling the last empty spot of the team. I really enjoyed the two weeks we spent there among friends, doing activities and riding a lot. I had never ridden or trained that much and once I got home I realized I had gotten stronger. I saw the potential in MTB and I decided to invest more time in training. My goal was to become a surf or ski professional, but at that moment I switched to cycling. I set a deadline, if I wasn’t a professional before turning 23 I would leave bike racing and go to university. It turned out pretty well, as I signed my first contract two years before that date.

You started riding mountain bikes, winning the U23 national championship, but you eventually moved towards road racing.

Since I wanted to improve in MTB I moved for 4 months to the US, where I participated in four World Cups, and later to Germany for 2 months where I did two. At that time, I was racing as an independent rider, I had some sponsors but not a team. When I came back to Australia I joined the Torq team, which aside from racing MTB introduced me to road cycling. In the beginning, I didn’t like it since I didn’t understand the tactics and strategy behind racing. I was coming from teams of 4-5 people racing individually for an hour, to teams of 12 riders and a lot of teamwork.

And the big move from combining both disciplines to only road cycling?

The Torq team had aligned with the Avanti Racing team to do a training camp with Richie Porte. I got there in pretty good condition and in one of the climbs, we were pushed and tested. I beat Richie to the top and, at that moment, I was offered the chance to join Avanti. I signed for the 2014 season with them, a team that was promoting the career of young road cyclists. The start of the season couldn’t have been better, being the best young rider in the Tour Down Under and Herald Sun Tour. I realized that my place was in road cycling. Half-way through the season, I finished third in the general classification of Tour de Korea, and at that moment I was offered the chance to join the Orica-GreenEdge team (the former Mitchelton-Scott team). By August 2014 I was already a professional, fulfilling my career objective.

Becoming a professional certainly meant a lot of changes. If not mistaken, you have not been to Australia since 2014.

That is right. My family had spread and I no longer had a place to call home in Australia, so I decided to settle in Girona (Spain). People don’t realize the big change it represents. People moving from Australia or America to the European cycling scene have to take a huge step. The racing might be a little bit different, as well as the training, but in the end, it is riding bikes. But daily life can become a burden, learning a different language, culture, new people, and a different place. So far, I can understand Catalan and Spanish and speak a bit of both. My wife is the one who speaks languages, seven.

You were living in Girona but you are now living in Andorra.

Around 4 years ago I decided to move to Andorra. The atmosphere, weather, and people in Girona are great but it was getting too busy with cyclists. Andorra is quieter and everything is more relaxed. It’s a place with lots of options and different roads, the perfect kingdom for climbers. It is difficult to do easy rides since there is no flat at all, that’s the only issue. The winters can be a little bit tough and cold, but there is no humidity thanks to the snow.

Would you say Andorra is your favorite place for living and riding?

I really like living here, but my wife and I know that when my career as a professional is over we want to move elsewhere. You are a little bit limited in terms of possibilities. It is the right place for training and I am happy to say that I can ride with other professionals like Iván García Cortina, or Carlos Verona, who are my friends too. It is wonderful to be in such a community. We all know each other, for example, Iván tries to do everything at once and he is always late when we meet for training, I don’t know how he does it. (laughs) 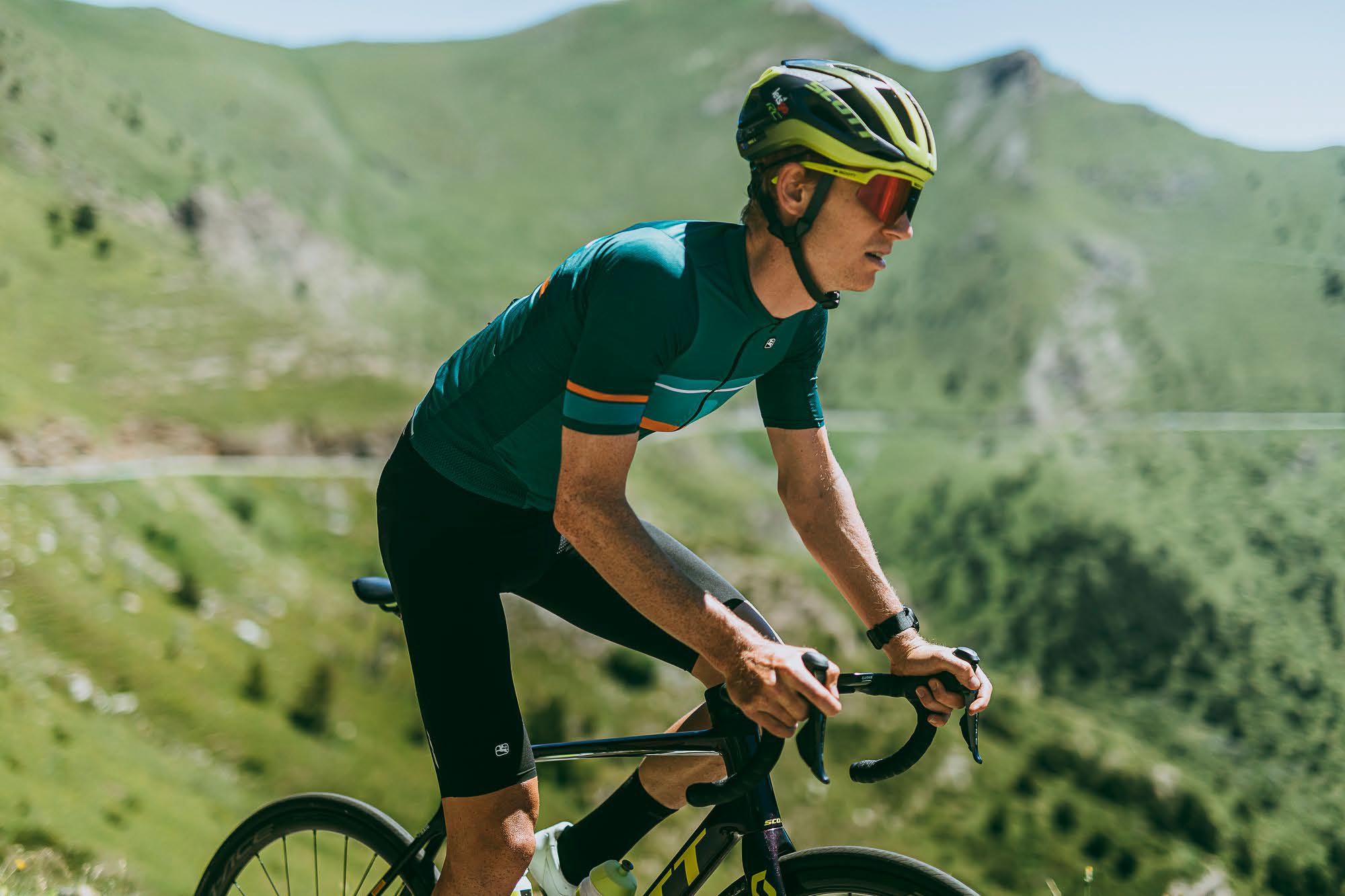 You already mentioned skiing and surfing as other passions aside from cycling, do you have more?

Surf and skiing are the main ones, Andorra might not be the best place for surfing, but in winter we get tons of snow. We sometimes go out randonée skiing with the boys. Carlos knows so many people that we have to stop every now and then to say hi. My wife and I also like to travel a lot to discover new places and different cultures. We have been to different places such as Japan, Sri Lanka, or Morocco. Some weeks ago we went to San Sebastián (northern Spain), I took my bike, but the idea was to relax a little bit, visit friends, go surfing, or enjoy a nice dinner out, though it was crazy how every table was booked. By the end of the season, we are planning another long trip but it will be something more relaxed. The idea is to rent a camper and visit northern Spain and maybe Portugal. We’ll take the surfboards and enjoy the amazing local cuisine, the coastline, the mountains, and the scenery.

From what you are saying, food and drinks is something you really enjoy as well, though I bet you have to be careful when preparing for or while racing. Is that how the idea of the Orange Goat Café started?

Yes, that is true! I’d say that it’s one of my passions as well, eating and drinking. That’s why I ride! (laughs) The idea of opening a café appeared from what my wife and I enjoy. The kind of drinks and food we offered represented the way we like to eat, healthy food that’s an alternative to all the highly caloric meals typical of Andorra or mountain regions. We found the right spot here since there was no such place, and we decided to invest in that around one year ago.

Everything shut down during quarantine time. Did it affect the café?

My wife was basically running the café, with up to 7 employees, everything was running smoothly and working out well. The café is located in Andorra la Vella, so lots of businessmen and workers in the area would come. However, the lockdown was critical for us. We still had to pay our employees with no income from customers, so we were forced to shut down. Now that things are back to ‘normal’ we considered reopening, but we don’t have the time and energy to do it all over again, so we are selling the business. It was a very nice project that ran perfectly, it is a shame we have to close.

And from a pro-cyclist perspective, how did you deal with this time in lockdown?

It was hard, but not as much as in Spain, we were allowed outside earlier. I was doing many hours on the trainer, but not something extreme. I did a short session in the morning and maybe another one in the afternoon, and some team races, just to fill my time since there was not much to do. What I really like about cycling is going places and being outdoors in nature, and the trainer is just the opposite, it is something I never did before and I won’t do unless strictly necessary.

So much time being indoors, how did it feel after the lockdown?

The first rides I went on were very chill, just to enjoy myself and for the sake of cycling outdoors again. I was riding the road bike but I also went on the MTB. In Andorra, it is difficult to find nice MTB trails since everything is so steep and mountainous that it is either climbing or descending through downhill kind of single-tracks. Anyway, I really enjoy MTB and I try to do it in the offseason but the rest of the year too. In the future, I would love to ride some side events like Cape Epic. Doing something different is always fun, and it would also be good for the teams since they get more visibility.

You had a very good start of the season, what’s cooking for the forthcoming weeks?

Indeed, the beginning of the season could not have been better, but it all came to a halt. The rest of it is going to be strange. The peloton is very international and every country established different quarantine rules, which is going to make things interesting and we might be seeing some unexpected results. By the end of the month, I’ll be racing the first race, Vuelta Burgos. 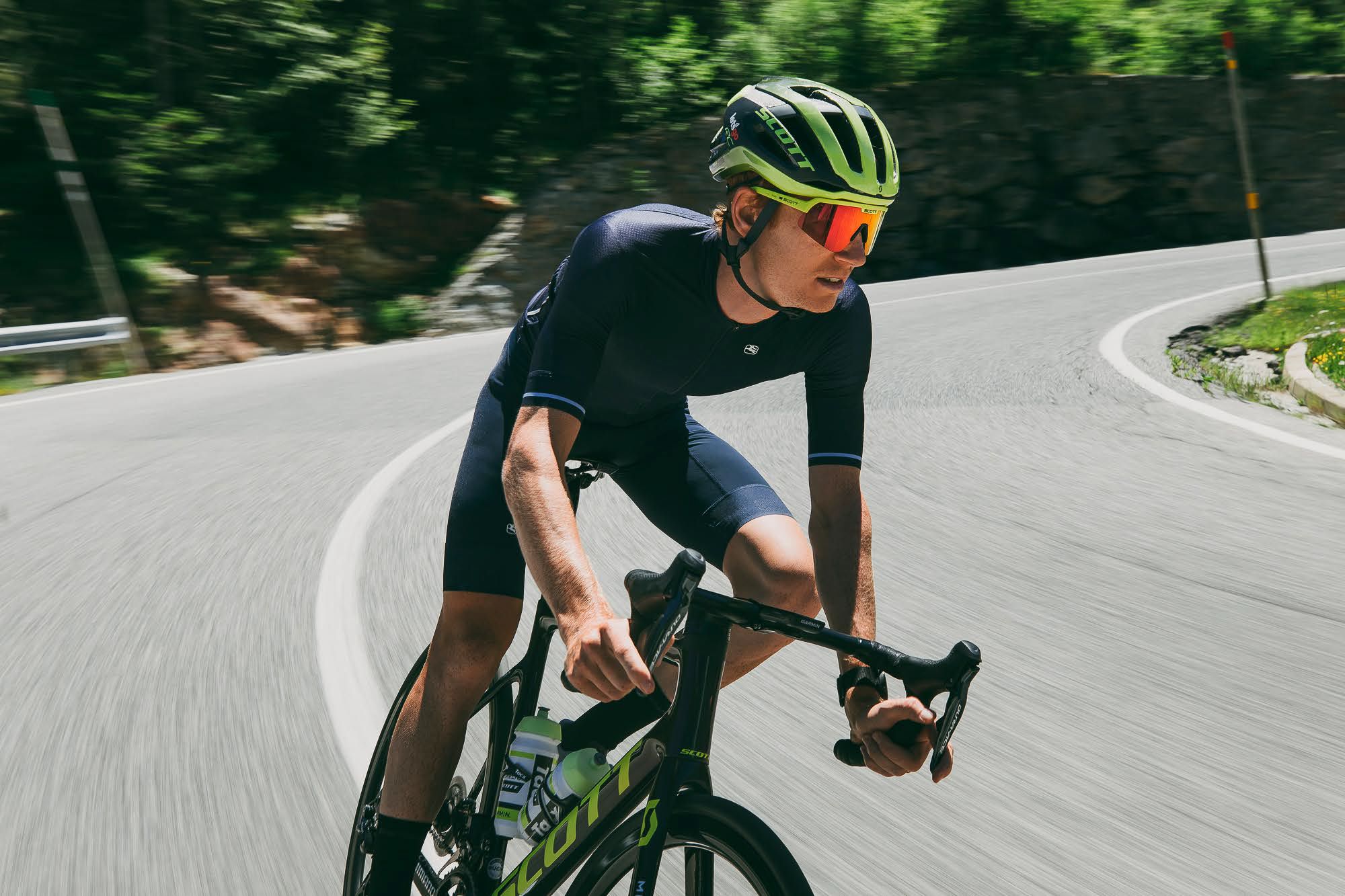