During these hard days of confinement in which we see the world up-side-down because of the troubles caused by Covid19, we are trying to take the chance to focus on those things that make us feel better and bring us a lot of positive energy. In some of these activities, listening to some Desert Rock sessions probably from Kyuss, we were captivated by the images and the narration of the bike packing adventure in Iceland of Andy and Jacqueline Chasteen, two adventurers that has an amazing way of life-based in bike-packing.

Andy Chasteen is a photographer and a passionate cyclist, among other duties he works to/with Allied Cycles, The Meteor Cafe, Fayette Chill, and Arundel Bikes, and still have time to pack things on a bike with his life partner and portray to explain what happens between pedaling.

We got in touch with Andrew and we liked the way he describes himself as a raconteur, we also think that most of the magic of cycling happens through the narration of the protagonists. Andy Chasteen is a fun hog. An adult trying to live out life as a child. A person who knows what he believes, but is always willing to have his mind changed. A lover of bikes, and smiles, and interaction with good humans. We know that a good story, becomes even better seasoned with good photos, and Andy shows a lot of skills as a storyteller – raconteur and also as a photographer as you can check out on his social media (Instagram / Website) 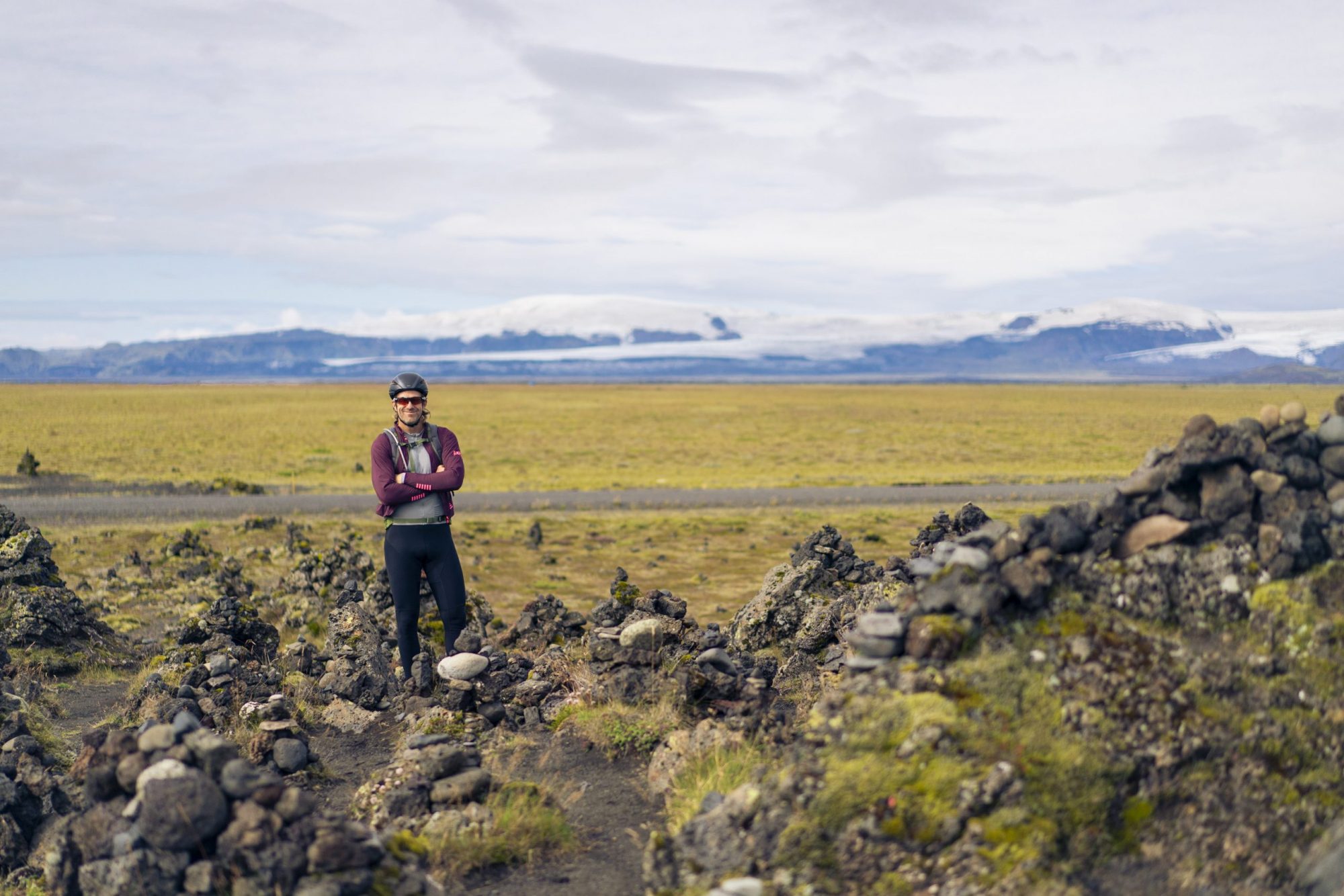 “I got in trouble a lot as a child for being mischievous, and I learned early on how to lie to my parents to get out of it. I grew up telling white lies, stories, and half-truths to escape punishment. A raconteur by definition is someone who tells stories with skill, and I like to think I honed my storytelling skills as a child. I love to hear stories, and I love to tell them. And all of my stories are at least 90% true, haha.

I grew up in a trailer park in a small town, and rode my bike all day long with no regard for time or location or traffic. I was free to roam, and roam I did. Now as an adult, when I throw my leg over my bike I feel that same sense of freedom – that no one can control where I’m going but me. I get to explore and turn down roads I’ve never been on, roads where cars can’t go. And I feel like a kid again.“

Andy’s partner in crime is Jacqueline, they share the passion for bike packing and basically they made a great couple and cycling team, you know there are a lot of moments on long bike trips, some are tough, some are priceless, and most of the time with who you share those moments become the most important thing.

“Jackie and I are soulmates, and we both love the idea of adventure/exploration. She was an extremely talented runner, but injuries have plagued her in recent years so the bike became her outlet. It was a reluctant outlet at first, but bikepacking for her has become a passion and she thinks and talks about it every waking hour of every day. And I love that about her.

Our travels by bike are honestly the best. From time to time we will have a small argument about something, but we sit on a similar spectrum and can both realize when we are being petty or trivial. So our disagreements are always very short-lived and we are able to get back to an amazing time on the bike. There is no one else I would rather go bikepacking with. She is tough as nails, and always up for a challenge. I just go along for the good times.“

Among the adventures of this couple, we focus on the one they enjoyed in Iceland, because this country is a kind of heaven for bikepacking. Most of us probably have that picture or frame in our mind: black sand fields, hostile weather, iced rivers to cross, never-ending tracks, green meadows, fat grey clouds or kind of Martian scenario.

Starting from Vik they bikepacked the south part of Iceland and as you could see in their photos, what looks like heaven could well be a suffer-party trap, but a good reward always deserves the sweat and the suffering to reach the top.

“We recently bike packed through Iceland and it was pretty spectacular. It seems like a different planet. The landscape is so different than any we had experienced, it was a real treat. I love water/rivers, and the crystal clear water crossings are amazing there. We never filtered our drinking water.

Some of the most dramatic landscapes we came across in Iceland were on the third day. We spent most of the day pushing our bikes through unrideable mountainous terrain. We covered only 12 miles in 12 hours. It was exhausting, but the views were unforgettable. Specially Alftavatn lake that mesmerized me. I am pretty sure that this view changed my life. Like a hard drug. Minus the adverse effects. A view that, in person, looks like a fantasy. It’s not real. It’s Lord of the Rings or Game of Thrones.”

As we always say there’s no good ride without a gnarly, bizarre, funny or drama event to tell, moments that with a later perspective give a different flavor to the story.

“There were a lot of highlights, but the lowlights are the ones that make for the best stories! Our low point was also on day three, when 2 miles into the day of pushing our bikes Jackie’s front brake failed. Hydraulic fluid poured out from the hose and we thought it was over for us. I was able to get it back working only marginally, and she would have to pump the brake 10-15 times before it would build up enough pressure to engage the brake rotor. In hindsight, the fault was all mine. I had tried to mate a Shimano brake lever with a TRP brake caliper using TRP hose (which was the wrong diameter). Lessons learned are best NOT learned in the middle of Iceland with no one remotely close for help. The brake failed again a few days later, but we fixed it again. Needless to say, Jackie spent most of the trip without a front brake which is not a good way to experience the rugged F-Roads of Iceland. “

Allways is interesting to know the stuff that people use in his adventures, Andy describes it and gives some tips and suggestions for bike packers who want to make similar trips in Iceland or where else.

“I stick to a pretty strict photo kit for bikepacking trips. Sony A9 with Zeiss 55mm 1.8, and if the trip is important I’ll also bring along a Zeiss 25mm 2.0. But that is rare. My 55mm is the workhorse lens.”

Finally, we leave this part of the interview as the cherry on top, which evokes better times and hopefully can inspire and motivate new raconteur like Andy.

“My job is to take cycling photos and tell stories about those photos. But before it was my job I did it for free because I loved it so much. And don’t tell my clients, but I’d still do it for free if I had to.“

It has been more than one year since the global…