A couple of years ago, during our first interview with him, Jack “Ultra cyclist” Thompson already told us that organizing a challenge involving the Tour de France was one of his big goals, and after a disrupted 2020, he has been able to complete The Amazing Chase this year.

The challenge consisted of riding the exact route of the 2021 Tour, giving the pros a headstart of 10 days, and trying to catch them by riding two stages per day. The numbers were frightening, as he averaged a distance of over 350 km and 5.000m of climbing for 10 days straight. 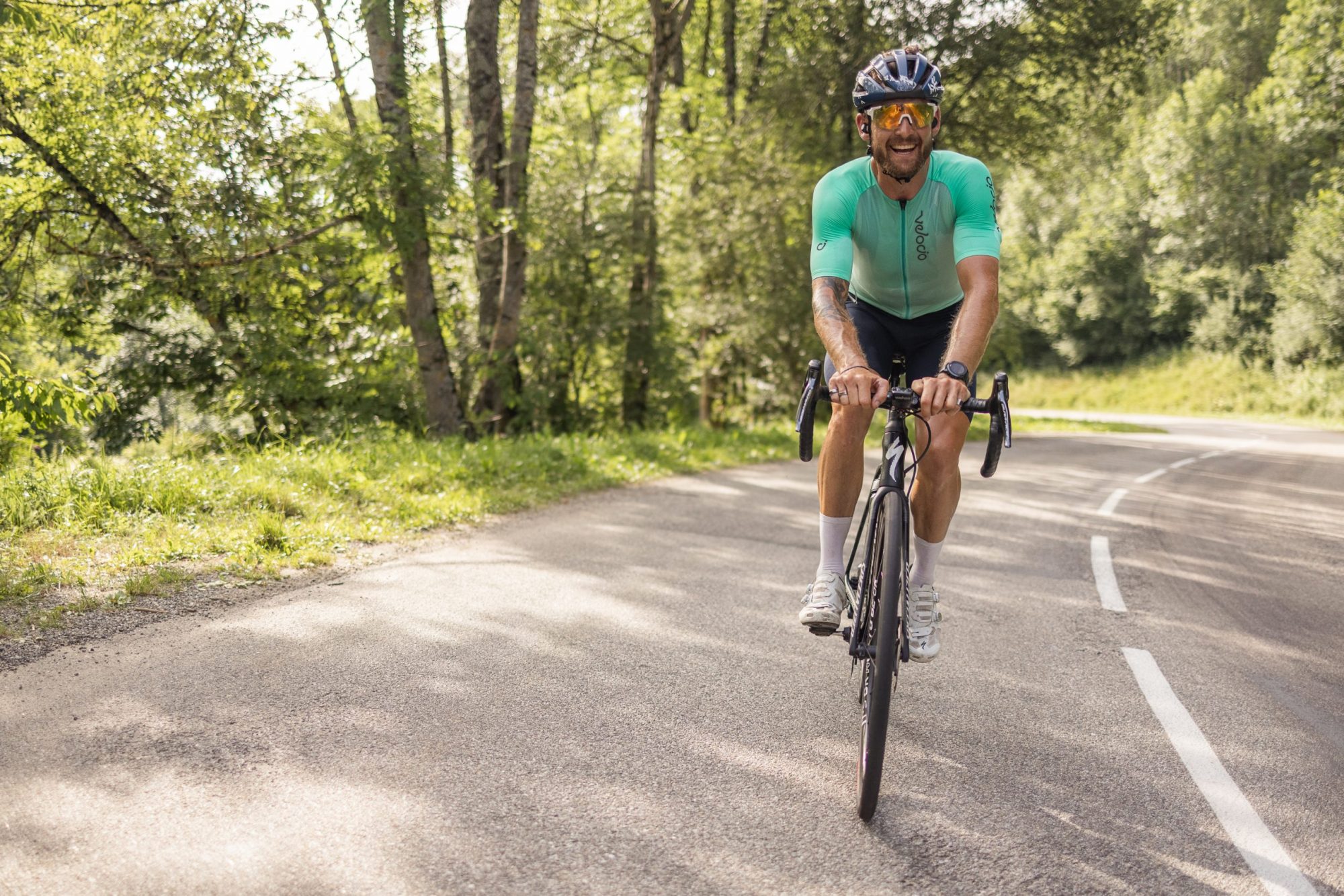 Taking into account the times in which he had to cancel one of his challenges because of external circumstances, he preferred to keep things quiet, and he only let his audience know about what he was embarking on a couple of days before the start.

There was no doubt about the physical and mental requirements of The Amazing Chase, but still, he didn’t quite expect the rollercoaster he went through while doing it. Simple factors like the weather and fatigue will always be there, but also the internal battles that aren’t always easy to see, much less discuss, work through and write about.

He said that he tried to avoid watching the Tour before his start because it seemed that the peloton was further and further away, but in the end, he managed to accomplish what seemed unreachable, adding The Amazing Chase to his collection of completed challenges.

From the northwest of France, through the center towards the Alps, then the Pyrenees and into Andorra, and eventually arriving in Paris, Jack did not experience the Tour parcours in the same way that the pros did. Riding on his own, without shelter from the wind and no wheels to follow. Still, he said that when you’ve suffered through depression and loneliness, riding a bike 350 km a day is manageable. You pedal, and you keep on pedaling. And like opening up about mental health issues, you make it out the other side stronger and more experienced.

The Tour de France was characterized this year by the bad weather that followed the pro peloton during the race, and it was the same for Jack. On the first day, the theme was wind and wet roads, but he rode for 400 km which put him 50 km ahead of schedule.

The planning of The Amazing Chase was long and exhaustive, but there were still times in which Jack and his support team had to face unforeseen circumstances along the way. For example, he did the time trial of stage 5 completely in the dark, starting at 23:00 because the hotel he was planning to stay in was overbooked and there was no time to lose.

He had to go through the flat, transitional stages of the pro race, with boring straight roads and never-ending farm landscapes. If we add the torrential rain and cold temperatures he faced, it is clear that Jack went through some very dark moments.

At some point, the Pyrenees arrived, and Jack caught the pros while they were on the second rest day in Andorra. The Amazing Chase became “the amazing break”, and he could see the number of fans camped out on the roadside waiting for the yellow jersey to arrive.

He started tasting Paris, which gave him the energy to reach the top of the several climbs contained in the last few stages of the race.

“It was amazing to get to the top of the last climb, Luz Ardiden, and know there were no mountains left. The barriers were out for the race and it felt pretty special. It made me quite emotional, to be honest. A mixture of happiness and relief.”

After that, only the final road stage and the TT were left before the parade in Paris. Weeks, months, or in this case years of planning and preparation. And just like that, it was over.

The documentary film The Amazing Chase, presented by Wahoo, has just been launched on their Youtube channel. It has been more than a bike ride, as incredible as the ride itself has been – it’s been a chance for Jack to push himself beyond what he’s done before, both physically and mentally.